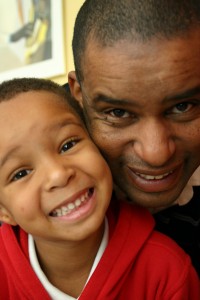 Despite the call for longer jail terms, at some point an offenders sentence will be completed.

Its also a fact that one of the primary reasons former inmates find themselves in trouble again is the lack of family support or a shortage of community-based services.

STEP UP, Inc. helps these ex-offenders find a new start in their lives.

At STEP UP, Inc., we provide early assistance, starting before an inmate is ever released.

By doing this, we can determine what services (if any) the client will need from the moment they are released-it could be a safe place to stay, a job to help them go on with their lives or even new clothing. We work to help meet their needs so these needs don’t become problems that hinder re-entry into society.

Our goal is to help the ex-offender become as successful as possible so they don’t become a repeat offender.

When an offender becomes a repeat offender, there are no winners. It means another case brought before the courts, another bed needed in a jail and another victim of a crime that might have been prevented by helping an inmate “step up” into a new, productive and rewarding life.

“What causes someone to commit another crime?”

According to the Virginia Department of Corrections;

“Offenders who have been incarcerated for long periods of time and youth who never developed such competencies may require a strong network of support services to avoid criminal behavior.”

STEP UP, Inc. works to help address these issues at a time when the client is most vulnerable to returning to a life of crime and repeating the cycle of incarceration.